Away to Sing is led by Peter Davies. 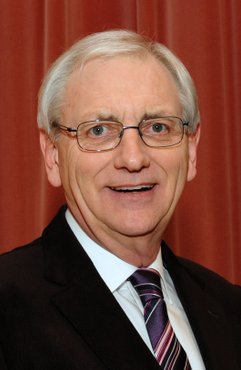 Peter Davies  is a director, composer, organist, adjudicator, writer and teacher. He has directed a wide variety of choirs for over 40 years.  He has studied and holds professional qualifications in choral directing. He teaches organ, piano and singing.

He retired as Festival Director of the Cornwall International Male  Choral Festival in 2015, having spent the previous ten years directing amazing festivals which brought together male choirs from across the world. It gave him an amzing insight into techniques used across the world to train choirs and the opportunity to work with many himself. He is now a Vice President of the Festival.

He has organised choral singing weekends in a variety of settings. He has directed Huntingdon Male Voice Choir for nearly 30 years and, was for 25 years was Organist and Choirmaster of a parish in Huntingdonshire developing and maintaining a large choir. He founded and directed 45 strong community choir Sawtry Chorale for 18 years and has also directed other SATB and youth choirs. He has been Director of Music at St Guthlac's Church, Market Deeping for almost six years.

Peter has wide experience of adjudicating choral competitions internationally (as well as successfully preparing choirs for competitions) and has frequently been asked to advise on many of the intricacies involved when changes to members of a choir's musical team prove necessary.

Peter is very keen to ensure that directing gesture assists and develops rather than gets in the way of choir performance. He has been mentored by many of the world's leading international choral directors, having been an active member of the Association of British Choral Directors for 30 years.  Peter is also a member of the British Voice Association. He has written many original peices and arrangements for choirs (published by Banks Music Publications and Alan Simmons Music), a learned chapter on male singing in the UK (pub. Springer - Perspectives on Males and Singing) and several articles on singing and the benefits to health.

Married with three grown up children and five grandchildren, when not involved in music, Peter is a keen photographer and railway modeller.

An organisation passionate about getting people singing, we can work with you in the most appropriate way for you or your choir.